UK Military Bridge manufacturer, FEL, is to supply a number of its Dry Support Bridges (DSB) to the Philippine Army under the Horizon 2 phase of the revised AFP Modernisation Programme.

The DSB systems can be deployed in around 90 minutes to provide temporary infrastructure and will be supplied with pedestrian walkways, for use in Disaster Relief operational situations, as well as other military scenarios. The Philippine Army, having a choice of launch vehicle chassis for its bridges, opted for the Rheinmetall MAN Military Vehicles (RMMV) 45m 10 x 10 systems. 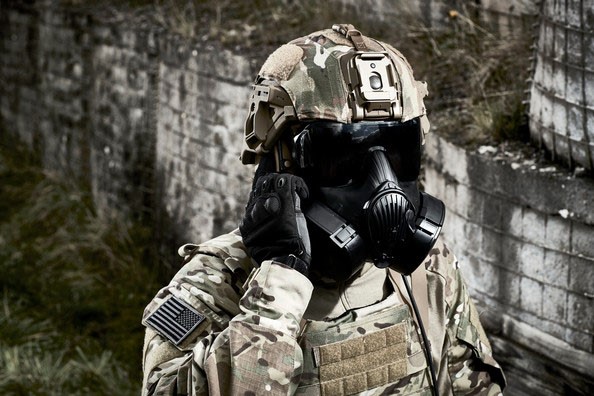 Sydney based Australian SME Owen International and UK manufacturer Chess Dynamics Limited, are pleased to announce the signing of a partnership agreement, and the establishment of an Australian supply and support facility for the company’s advanced sensor systems.

The agreement will involve the transfer of IP and training of Australian personnel to be able to commission, repair and upgrade systems and continue development of domestic support capabilities for the Sea Eagle family of Fire Control Electro Optical (FCEO) systems.

This latest agreement formalises the association of the two companies started 4 years ago, with the aim of supporting advanced electro optical systems upgrades for RAN ship classes.  The relationship grew substantially with the selection of the Type 26 for the Hunter Class program in 2018.

Early export wins for Australian Industry as a result of the Hunter Class Frigate AIC plan have already been realised, including the use of Australian cameras and thermal imagers from EOS (Queenbeyan, NSW) and Laser rangefinder from Laserdyne (Molendinar, QLD) in international naval programs. The EOS cameras and thermal images are being employed within the UK Type 26 Frigates and the Laserdyne Laser Range Finders in a contract Chess have just secured to supply 24 x FCEO directors to the Belgian and Netherlands MCMV program. Deliveries will take place from 2021 through to 2028.

Approval of this proposal has allowed Owen International to establish a regional capability to undertake maintenance, repair and overhaul tasks on Electro-Optical Gun Fire Control Systems from Chess Dynamics as well as on Visual Landing Aid systems already in service across multiple RAN ship classes.  This contributes to the infrastructure required to ensure the Commonwealth’s objectives concerning local industry involvement in future Maritime programs like the Hunter Class Frigate Program are met.

Les Goodridge, Managing Director at Owen International stated: "We are pleased to announce this exciting development for Owen International and Chess Dynamics. We are encouraged that the Department of Defence and Government have shown support for this initiative, allowing Owen International to provide greater efficiencies in sustainment while also undertaking activities in new build and modification programs “.

WFEL, world leading supplier of rapidly deployable military bridges, has received a new contract from the UK’s Ministry of Defence for the supply of 17 Sets of its MGB Medium Girder Bridges. This follows a review of the MoD’s modular gap crossing capabilities, which aimed to draw together existing in-service capabilities into a single coherent capability.

These 17 new MGB bridging sets can be configured in several different ways to provide flexibility to the Commander on the ground. Configurations include concurrent deployment of both a 31-metre DoubleStorey and a 5-bay Single-Storey version. The bridging systems will be deployed by the Royal Engineers and are available for use in both Military Operations and Emergency Disaster Relief scenarios.

The contract, worth more than £46 million, will not only provide continuing employment for 50 direct WFEL production-related personnel but is likely to create an additional 15 to 20 skilled and production support jobs. It’s also estimated that it will secure a further 100 jobs in the supply chain in the North of England
and Scotland.

With over 500 systems already supplied to militaries around the world, the MGB is a modular military bridging system, providing interoperability with any other MGB of any age and is already adopted by many NATO members. MGBs were deployed jointly by U.S. Marines and U.S. Navy Seabees in Norway during Exercise Trident Juncture 2018, in one of the largest NATO exercises of recent times.

UK Minister for Defence Procurement, Jeremy Quin MP, said:
“This £46 million contract of new military bridges not only secures jobs within Stockport, but also supports a significant number of jobs in the wider UK supply chain. These bridges provide our Armed Forces with vital capabilities in both Military and Disaster Relief operations.”

Maj Tom Exelby, of the Royal Engineers, said:
“The MGB will provide light-weight medium gap capability to Very High Readiness forces and will form a significant element of the STRIKE Brigade’s manoeuvre support capability. MGB was chosen for its versatility and deployability to meet the challenges of the future integrated operating concept.”

The MGB contract will be fulfilled by Dec 2025, with the first two bridging sets delivered to the UK MoD by Dec 2021.

In 2018, the Australian Defence Force also took delivery of several new MGBs, under its Land 155 programme, replacing those previously in service for over 30 years. The ADF chose double-storey, link-reinforced Medium Girder Bridge variants, spanning up to 49 meters, supplemented by additional portable Pier and Span equipment, allowing bridges of up to 76 meters to be constructed. MGB Walkways were also supplied, ensuring the bridges could be used in any civil emergency or disaster relief situation.

Land 155 also saw delivery to the ADF of WFEL’s 46-metre 120 MLC DSB Dry Support Bridges, which can be launched by just 8 personnel within 90 minutes. The DSB allows a level of inter-operability with an ever-growing user base, proven in the field as temporary infrastructure in Iraq and Afghanistan.

Further information
With over a century of engineering expertise and innovation - and already renowned as an established world leader in rapidly deployable military bridging, having supplied 43 armed forces around the globe for over four decades - WFEL offers concept design, prototype manufacture and fullscale production of a range of military-grade engineering solutions across the complete spectrum of the defence sector, including vehicle integration and aviation products.

WFEL also has a significant involvement in the production of the Boxer Mechanised Infantry Vehicles for the British Army, as part of the £2.3bn contract signed in November 2019 with ARTEC.

WFEL’s range of mobile bridging systems - Medium Girder Bridge and the Dry Support Bridge - provide unrestricted manoeuvre capability and interoperability, can be deployed in minutes and have been used by coalition forces on operations worldwide and in civilian aid operations in disaster zones around the world, being in service with the British Army, U.S. Army and many other NATO forces.

Manually built and semi-automated bridge variants are available, offering up to 120 MLC and integrated onto a variety of both tracked and wheeled military vehicle platforms. WFEL is a longestablished Prime Contractor to both the UK Ministry of Defence and U.S Department of Defense and operates a global sales network through overseas representatives and works directly with international governments and Non-Governmental Organisations.

WFEL’s expertise extends to the provision of worldwide integrated logistics support services including training, inspection, maintenance, repairs and spares, both in the field and at our UK-based engineering site where we employ a team of over 150 highly skilled engineers and support staff.